Categories:AnalyticsQuinnipiac
by Janet |
on July 14, 2014

For the ninth week of class, we talked about semantic search, the semantic web, and semantic SEO. I had read a bit about rich snippets before, but this lecture and the readings began to really bring that home for me, finally. The Semantic Web is defined by Amanda DiSilvestro as being, “… a set of technologies for representing, storing, and querying information. Although these technologies can be used to store textual data, they typically are used to store smaller bits of data.”

Essentially what happens (and should happen a lot more, as webmasters continue to implement these markup protocols), is that similar sites will identify themselves similarly. Perhaps that’s an overly simplistic way of describing that, but the bottom line is that all writers, say, will identify themselves as persons. Consider the above paragraph. How does Google understand that Amanda DiSilvestro is a person? You might scoff and say, “that’s obvious!” To you and me, yes. But not to computer software, not yet. After all, what if her surname was something that, to Google, might be more ambiguous? What about the Harrison Ford character in the film, Witness? 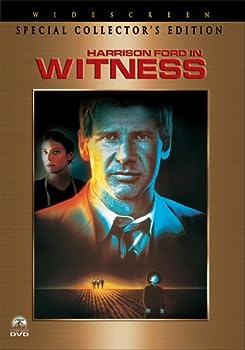 His name was John Book. But a john has multiple connotations, and a book of course is literary art. But Google does not understand that that’s a person, unless, of course, someone tells the search engine that.

So semantic search and markup ends up as essentially a means of teaching Google about ambiguity. In the current state of technology, we have to be the ones to add the ambiguity and the fuzzy thinking. Machines can’t, yet.

I felt so interested in, and energized by, this topic, that I installed a new WordPress plugin (called RDFace) to try inject some semantic entity classifications of my own into this blog.