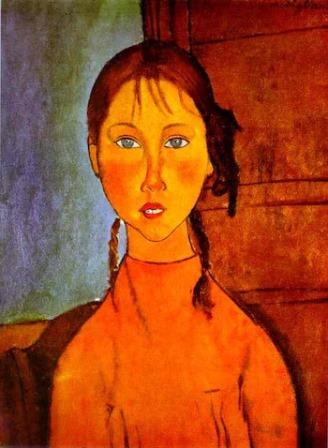 The Obolonk Murders was started several years ago (2002, to be exact) and I pulled it. But I loved the concept behind it. So I dusted it off and it became a trilogy.

… and then it became the first trilogy of three planned trilogies.

Just like that universe’s society is tripartite, so are the three initial novels. So this, the first one, The Obolonk Murders, is devoted to the aliens, and the second work, The Polymer Beat, is dedicated to the semi-sentient and more than semi-sentient robots. Hence the third is all about humans and its title is The Badge of Humanity.

The second and third novels also have somewhat punny titles, with both playing off the police props of badges and walking a beat. But the first title is just really straightforward.

The Obolonk Murders started off life as a completely seat of my pants story which I put online as postings. I had no plot, no plans, nothing. At the time, I wrote the first three chapters. And I then got stuck. I didn’t pick it up again until 12 years had gone by. No lie!

Society breaks into three parts: humans, robots, and Obolonks. An Obolonk is an intersex alien (a little similar to the Untrustworthy aliens, the Cabossians), orange in color. They are of about equal intelligence to us, but with interstellar space travel.

The robots are of varying levels of sophistication. However, the most sophisticated are the creations of Dr. J. Carter Tinerrian. One of these robots is now the new partner to a human, Detective Sergeant Peri Martin, who needs to start solving the mystery of who is killing Obolonks.

The main character is Detective Sergeant Peri Martin. Her main motivations are to find the perpetrators and to work with her new partner, Tommy McFarland.

The scenes shift from the New York Megalopolis to the Boston Megalopolis to Callisto and back. Other characters include Tommy (as a robot, he goes by the identity Tommy 2000), Dr. Tinerrian, and the head of the Obolonks, whose only name is They Say This is the One.

Other Obolonks have their own reputationally-based names, such as They Say This One Tiles Bathrooms Adequately. That disaffected Obolonk…

“Through that door,” motioned the robot.

“Thanks,” Peri smiled the half-smile she usually used when addressing robots.

“Your gratitude is unnecessary. I am merely performing my function,” replied the robot before turning and gliding away.

The door slid open after Peri underwent the same security protocols as at the front door. “Ah, come in, come in! I’m J. Carter Tinerrian. This lovely woman is Selkhet and this is your new partner.” Dr. Tinerrian was a nerdy sort of a fellow. He indicated a man in a suit sitting at a desk. The seated man was maybe 40, 45, seemingly younger than 50-year-old Peri, with a bit of salt to his brown peppery hair, and hazel eyes that varied in shade. He was well-built, too, although his nose looked like it might have been broken some time in his youth.

“Hi, there,” said Peri, shaking hands with the doctor and Selkhet and making her way to the man at the desk. He failed to respond. “Is he deaf? The department’s relaxed almost all physical rules but I don’t think total deafness is one of them.”

“Oh, he’s not deaf. He just needs to be activated,” explained Selkhet. Then, addressing the robot, she commanded sharply, “Tommy 2000, it is time.”

“A robot?” Peri asked. The doctor nodded but said nothing. “What the —?”

The book has a T rating. There are no sex scenes and maybe one or two stray swear words. The real issue is one act of terrorism. It’s violent but the violence is mainly offscreen although the characters talk about it. Plus there’s the aftermath.

The plot is … okay. I like the idea of cops and robbers in space, and in November 2019 for NaNoWriMo, I started writing a successor trilogy. There are parts where this book could be better. But I have to admit it. I have come a long, long way since I first started writing it. It could use more beta readers!

In the meantime, the best thing about the Obolonks is the world building. It is potentially the best-built world I have ever created. Hence the sequels. There’s plenty of room in this universe.