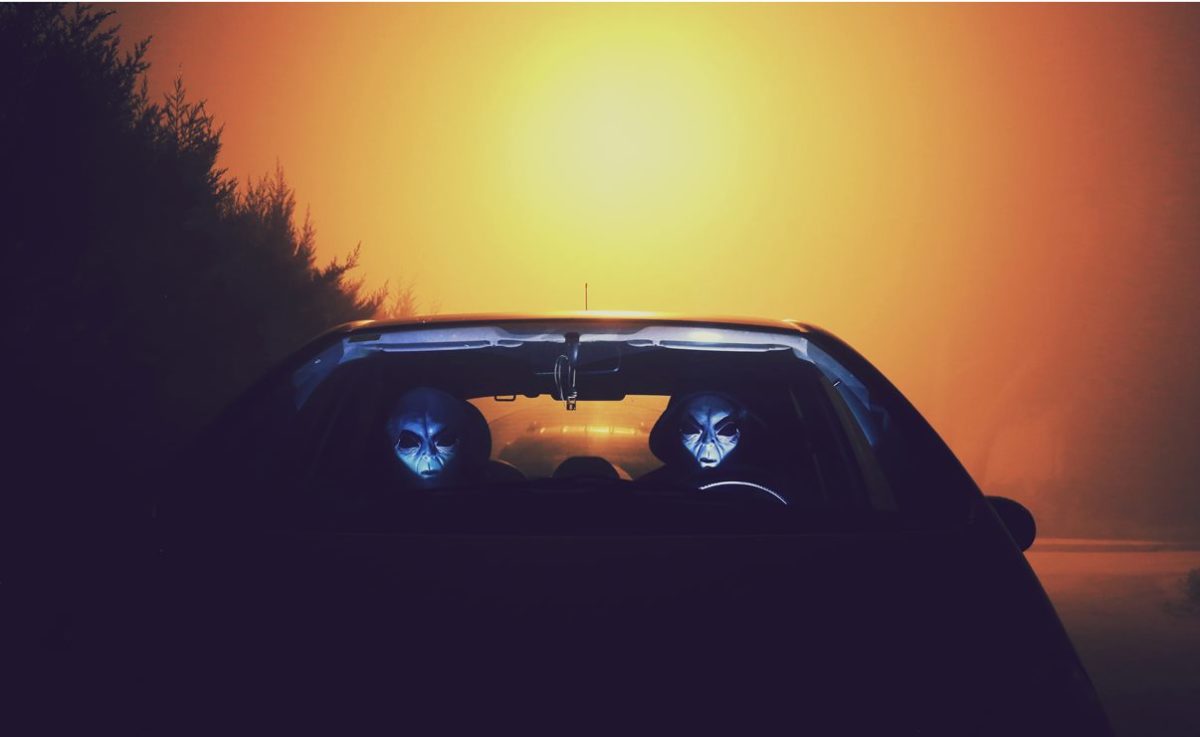 Props was written as a part of an anthology benefiting the Alzheimer’s Association – The Longest Night Watch. This short story is a part of the first of the three volumes (so far).

I wanted the story to be a bit of a revelation, that someone could be paranoid but still seem coherent and onto something, at least for a while. It relies on the old trope of the only person seeing the monsters being the sane one.

But the reality is that Sarah Nichols is far from sane. Instead, her world is collapsing unto itself because of Alzheimer’s. She does not realize that she’s just incorrectly trying to connect certain events and people and places, all with a veneer of science fiction.

Sarah doesn’t know where she is, so she creates a fantasy for herself. It’s not a terribly comforting fantasy. Rather, her fantasy is of an alien abduction.

Because I wanted to write a story with an unreliable narrator, I turned to a familiar old science fiction trope: alien abductions. For what do addled people think is happening to them when they transfer to a nursing facility? It has got to be confusing at best. Hence I figured someone would see it as an alien abduction.

Sarah Nichols, the ultimate unreliable narrator, starts to see conspiracies and oddities all around her. Whatever this new place is, and whoever these new people are, they can’t possibly be real. Instead, she insists they are all props in a scary alien play.

The characters are main character (and unreliable narrator) Sarah Nichols and Social Worker Emily Chen. Otherwise, the people don’t seem real to Sarah, so they don’t get names.

Day 35 – They can’t seem to get the look of us humans quite right. Every single subject looks old and careworn. Even a child I saw, a little girl – she looked careworn. If I were an alien and had a human test subject, I tell you, I would get this right. But their lack of quality control tells me that there are opportunities if I keep a look out for them.

Props has a K rating.

I think the story works pretty well. I am okay with how it was formatted (I should have probably been more insistent on changing it, but so be it). Please give generously. Alzheimer’s is a horrible disease.