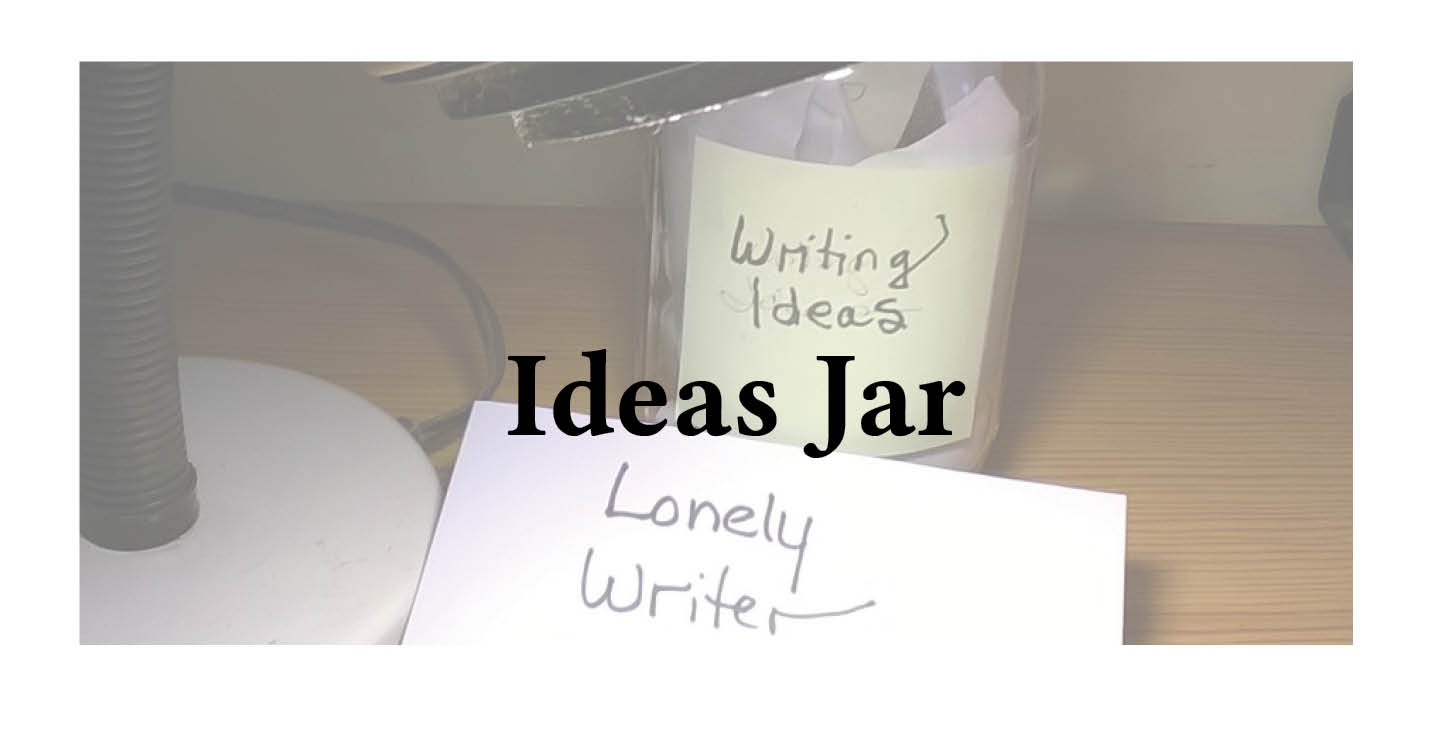 Do you have an ideas jar? An ideas jar can really help when you’re stuck.

I first heard of this idea when I read Ray Bradbury’s Zen in the Art of Writing. However, I suspect this methodology may not have been his invention. However, either way, it is a fantastic concept and it can help you in two very separate ways when you write.

This makes it truly a win-win.

Oh and by the way, it doesn’t have to be a jar. Although a jar is more of a tangible representation, there’s no reason you can’t just use the notes app on your phone or simply email yourself a list. As always, do whatever works the best for you.

So when you are feeling inspired and giddy and happy, make some observations, write them down, and throw them into the jar. Or maybe you have an idea but no good place to put it. You guessed it; put it in the jar. And another time to fill the jar is when you have a ton of ideas and you can’t decide on which one to start. Select your weakest idea(s) and put it/them in. And if you are seeing plot bunnies everywhere but need to concentrate on one story and one universe, park your other ideas in the jar. The jar never goes away and so you can dip into it later if you like. And it can help to quiet your brain down, to find a home for all of your stray thoughts.

There are two times to take things out of the jar. The first is to help you out when you have writer’s block (yes, it really exists!). And the ideas don’t even have to make any sense with reference to whatever you want to write. Because what you need to do when you have writer’s block is to start writing something – anything! It does not matter that you’re trying to write a fantasy story about dragons and the idea has to do with making tea. If you have to, mash the ideas together and boom! You’ve got a dragon making tea.

And the second reason is when you are going along all right but are having trouble with either a transition (or maybe more than one transition) or the ending. While this method can also be used for the beginning, usually if you have this much story together already, that generally means you’ve already got a beginning. However, if you don’t, I don’t see any reason why you can’t use something from your ideas jar.

So maybe your story starts when a dragon interrupts a knight making tea, or the tea contains something which will kill or mollify the dragon. Or maybe the moment of tea making convinces the knight to make peace with the dragon, thereby ending the story.

An ideas jar is, in a lot of ways, your own personal prompt dispenser. So help yourself and fill it – and take ideas out if you need them. After all, that’s what it’s there for.