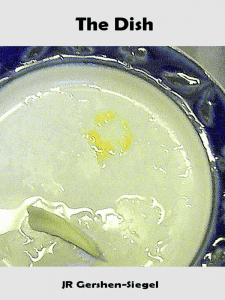 So here’s what I created and improved.

By design, I did no writing. I posted The Badge of Humanity (Book 3 of The Obolonk Murders trilogy) and The Real Heart of the Universe (Book 3 of that trilogy) for review.

Also, I queried The Resurrection of Ditte twice and Darkness into Light one time.

I wrote well and regularly this month. It was great progress for second quarter 2018.

During the first week of May 2018, I wrote a piece every day. I posted The Lark, Recovery, Flooding, Intolerable Behavior, Coping, Cultural Exchange, and Suspension of Disbelief.

In keeping with the dystopian scenarios that have been creeping into my works lately, The Lark, Coping, and Cultural Exchange are all pretty creepy, with the former two being post-disaster stories. Cultural Exchange is more of a first contact gone wrong short story. Recovery is kind of odd, as I deliberately made it unclear whether the narrator was human. Suspension of Disbelief is almost the prelude to a whodunit. Flooding takes the perspective of (yes, really!) a worker ant. And Intolerable Behavior is a comedy; the main character is rather similar to the unnamed narrator of Revved Up.

I think I like Coping and Flooding the best, with the former having a commanding lead over the latter.

In the second week of May 2018, I wrote a piece every day. I posted Side by Side, You Never Know, Taste, A Path Not Taken … Much, Coincidence, Succession, and Snub. Side by Side is another comparison of one timeline to another. Readers said they felt one of the sides was like The Path (from the previous quarter). You Never Know is a humans fighting back type of story. Taste is another return to cave people. A Path … is a wry comedy about another first contact gone wrong. Coincidence is a creepy Twilight Zone-type piece where people seem to be disappearing. Succession is a sequel to Merciful. Snub is a kind of wedding drama piece.

This week, I like Side by Side, You Never Know, Coincidence. If I had to pick a favorite, I would probably go with either Coincidence or You Never Know. The former because I spent some time crafting it (rather than just reeling it off), and the latter because it’s ultimately got some hope in it (like Coping does, from the prior week).

During the third week of May 2018, I wrote a piece every day but the 19th (the day off was because a friend had died).  I wrote Dinosaurs, The Panther, Chains, Freedom, The Seed, and Time Stretching. Dinosaurs is about a race which has gone past physical bodies and moved onto mechanical ones. The Panther is another tale of cave people. Chains is a kind of odd dystopian story. Freedom is the defiant words of a prisoner.The Seed is yet another cave people story. Time Stretching is just a short tween thing.

This week, I liked The Panther the most, with The Seed coming in second.

In the ten-day period of May 2018, I wrote a piece every day. I wrote Just About, Captive, Your Planet Smells Like Wet Dog, A Touch of Gray Hair, Carney Crash Canyon, Separated, A Place, The Ridge, Placid, and Treasures. Just About is a sonnet I wrote for my wedding anniversary. Captive is about a woman held hostage in the jungle. Your Planet Smells Like Wet Dog is a semi-amusing alien contact story. A Touch of Gray Hair is an amusing piece I wrote for a contest. Carney Crash Canyon is a depressing story of a crash victim waiting to die. Separated is about children separated from their parents in America. A Place is about a mentally ill or challenged person being mainstreamed. The Ridge is a war story. Placid is about Nessie. Treasures is a strange story about witness protection.

I think my favorites from this period are Your Planet Smells Like Wet Dog, A Touch of Gray Hair, The Ridge, Placid, and Treasures.

For this month, my overall favorite is the last story I wrote, Treasures.

In addition, I queried Ditte again and Blue Card.

By design, I did no writing.

The current WIPs are as follows.

The Obolonk Murders Trilogy is a futuristic crime story where our society is divided into three parts – humans, semi-sentient and sentient robots, and aliens. I may end up writing a sequel trilogy. I’m not sure, so stay tuned.

The Enigman Cave takes place about a half a millennium from now and imagines a first contact where the aliens are at the level of Australopithecus.

The Real Hub of the Universe Trilogy takes place about 140 years ago and covers an Earth overrun by alien factions during the Victorian Era.

Mettle takes place only a few years from now and is the story of how society crumbles when metals begin to disappear.

I also spent a bit of time writing fan fiction, in order to finish up a series during second quarter 2018.

So currently, I have been working on some writing prompts to keep me sharp and keep the words flowing. My intention, for this year’s NaNoWriMo, is that I will probably write the third novel in the Real Hub trilogy. But I need a plot! So a lot of this year will be spent on that. This quarter, I got closer to having a viable plot for what I now know will have the title of The Real Hope of the Universe.

I also have some ideas for a time travel series and maybe even young adult. But those didn’t happen during second quarter 2018.

Work, what else? I am working on a ton of things and since that is also writing, it can sometimes burn me out. And yes, that includes second quarter 2018.