Time for Some Universal Explorations

What do I mean by universal explorations? It’s a look at some of the largest fictional universes I have made. From start to finish, what are they all about? Where did they come from? And what’s in them, anyway? 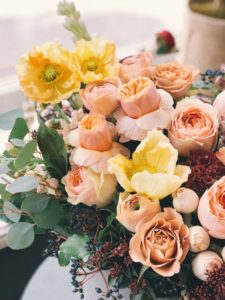 For every book I write, I create what I call a wiki. But it’s really more like a series bible. That is, no one else contributes to it. As a result, there are details about every plot, every person, and every place. I even keep track of things like how tall characters are, birthdates, etc. Helps a ton when I’m trying to make sure things are consistent. And, frankly, it makes editing considerably easier. I highly recommend every writing at least try to create something similar.

But what is it really like to make a universe? How do the characters come out? And how do the details arise?

Just like our own—you know, the real one—often, my universes expand. Suddenly, there’s a new plot point. Or maybe a new character appears. Or perhaps I just can’t let go.

But that does happen, and that’s one of the reasons I am writing these. For what can make a universe last forever? Maybe it’s just writing about it. Maybe it’s just pulling back the curtain for others. <shrug> Helfino.

Plus, like a lot of writers, I’ve got stuff that ended up on the cutting room floor. Or there’s research which barely made it to the page.

Hey, if I had to read about ocelots in the fourteenth century (or whatever), then so do you!

Okay, maybe not that.

Universal Explorations, You (the Reader), and Me

I realize some of this may be arcane. But I also know that often there can be an interest in the minutiae. If you want to see how the stories started, then this is a good place to start. And if you want to see where they’re going, then this page will work, too.

Plus, each individual universe page connects to blog posts about its characters, book, setting, etc. So, the idea here is to bring it all together.

Here’s What I’ve Got So Far

This book came from a singular concept, and it is just two words long: alien Kristallnacht.

You have to go back to 2002 to really get to the start of this one. Also, the Obolonk Universe encompasses three separate trilogies—The Obolonk Trilogy, The Time Addicts Trilogy, and a third, as-yet unnamed trilogy.

Perhaps my favorite part of this universe is how it pulls together a tripartite society. The first trilogy in particular pulls in the overall concept of the immigrant experience, complete with jingoism on our part. In the second, the overarching theme is memory.

After Untrustworthy, I wrote The Enigman Cave. So, here’s what happens in the Enigman Universe, when we finally make First Contact but the circumstances are … odd. For a lot of First Contact stories I have read in the past, we are either more or less equal in technological knowhow to the aliens. Or they are significantly more advanced than we are. Here, the aliens are backward.

Head on over to more or less present-day Boston (in the midst of a disaster) for a look at the Mettle Universe. One of my favorite parts of this one is that a lot of it takes place in my actual home. Although I do take some liberties with how the interior looks.

This one also grabs one of my favorite ages, because it is so in-between for so many people—fourteen. The middle school (when I was a kid, it was junior high school) experience takes a turn, between a look at journalism and another peek at the Communications division of NASA.

Oh, and then there’s the morgue. Er, wait, what?

What happens when the metals of the periodic table start to disappear?

The Universal Explorations of the Real Hub of the Universe

Now, there’s a mouthful. Go back to the Victorian era on Beacon Hill to get a handle on the universe of The Real Hub of the Universe. Find out how a secret society is trying to protect the Earth, between sips of tea and discussions of whether women should get the vote.

There’s more than one alien species in this universe, as plucky Irish immigrant Ceilidh O’Malley does what she can do to help save the day.

Imagine protecting our planet while wearing heavy dresses and a corset.

My Next Universal Explorations and Universes

Putting together a universe takes time and energy. And sometimes the imagination decides to go on strike! But it can sometimes come out of something exceedingly small. A tiny premise can become a major series. You know, like might oak trees come from tiny acorns.

You’ll be one of the first people to know. 🙂