Categories:Facebook
by Janet Gershen-Siegel |
on March 17, 2015

A Look at Ditto Labs and Photo Recognition

Things have changed since this post was published in 2015. Ditto Labs still exists. But this is old news.

What is Ditto Labs, and what do they do?

In Cambridge, Massachusetts, there is a start up company (Ditto Labs) that is doing something pretty revolutionary when it comes to social media (and more traditional) marketing. What is it? It’s the ability to scour the enormous fire hose full of data out there, the thousands if not millions of images that are shared on a daily basis, and it looks.

What is Ditto Labs hunting for?

Brand logos! In May of 2014, Ditto Labs raised over $2 million for its photo analytics software. 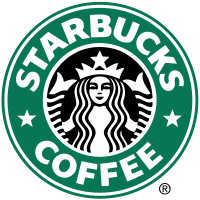 Essentially, the software allows a typical company (say, Starbucks coffee) to view its brand imagery in the ton of daily uploaded photographs. Is a government official drinking from a hot cup with the logo? Did the paparazzi get a picture of a royal ducking into a Starbucks? Is someone wearing a tee shirt? Did someone take pictures of a 5K race sponsored by the company, and catch the logo in the background of the image? All of these are fair game for Ditto Labs.

What is Tumblr’s Connection?

In August of 2014, Ditto Labs announced that they were partnering with Tumblr to capture all of the logos on the many, many images shared, manipulated, commented upon, voted for, and re-shared on that blogging service. There are an estimated 120 million posts created on Tumblr on a daily basis, and most of them have at least one image. Many of them sport several.

The search for brand logo recognition makes some sense, as brand logos mainly change in size but not in color or aspect ratio (although that is possible, of course). That is, a Starbucks logo is going to look like a Starbucks logo.

If Starbucks changes their logo (and they have in the past), they will simply hunt for all possible iterations of it. And if an artist on, say, Deviant Art, looks to make art with the logo (a la

When will this work for people?

Not so fast! For humans, the differences are a bit too tricky. Even assuming more or less steady weight and hair styles throughout a person’s life, there are still going to be changes that reflect the aging process. Facebook can still be fooled when it comes to suggesting tags. It will be harder to make something like this work for human facial recognition.

But I bet that’s coming.