Categories:AnalyticsQuinnipiac
by Janet Gershen-Siegel |
on July 29, 2014

A Look Back at My ICM Top 5

The Quinnipiac Assignment called ICM Top 5 was a look at trending topics on Twitter, Facebook, and elsewhere, in an effort to determine what was really big.

As would be expected, the biggest news story, both in traditional news spreading and via social media sharing, was the situation in Gaza. 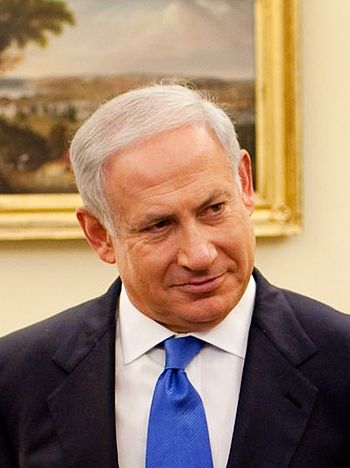 I chose a news story about Benjamin Netanyahu talking about Hamas (according to him) violating cease fires.

I had wanted so much to avoid tweeting or blogging or otherwise amplifying the signal around the Gaza situation. But the assignment more or less forced my hand. It was simply far too large a news story to ignore.

I am still less than thrilled. And I’ve been attempting to avoid promoting any of the rather incendiary rhetoric I have been seeing in my news feeds (from all sides, I might add).

My second choice trending news topic was about Central American children fleeing persecution and ending up at the United States-Mexico border. Plus all of the reactions that have been going along with that.

This has been a particularly compelling news story here in Massachusetts. This is because Governor Deval Patrick is trying to determine whether the Bay State can and should accept some of these children.

My third choice for a trending news topic was the Ebola scare. With an American angle – there are a couple of Americans who have succumbed to the virus (people who had worked in places like Liberia) – the story was good to follow. It is evidently a story people are following around the world. Although the heaviest concentrations of hashtags are in the Sierra Leone area of Africa.

For my final two choices for trending news topics, I decided to go a lot lighter and instead followed the release of trailers for the new Hobbit (Battle of Five Armies) and Hunger Games (Mockingjay) films. The Hobbit trailer, at least during the time period I was looking at, was the more popular of the two.

The assignment was fascinating. Journalists often see themselves as champions of the underdog, telling the stories that are otherwise not heard. But news organizations are commercial enterprises. If a topic is trending, it often behooves them to try to ride that wave.