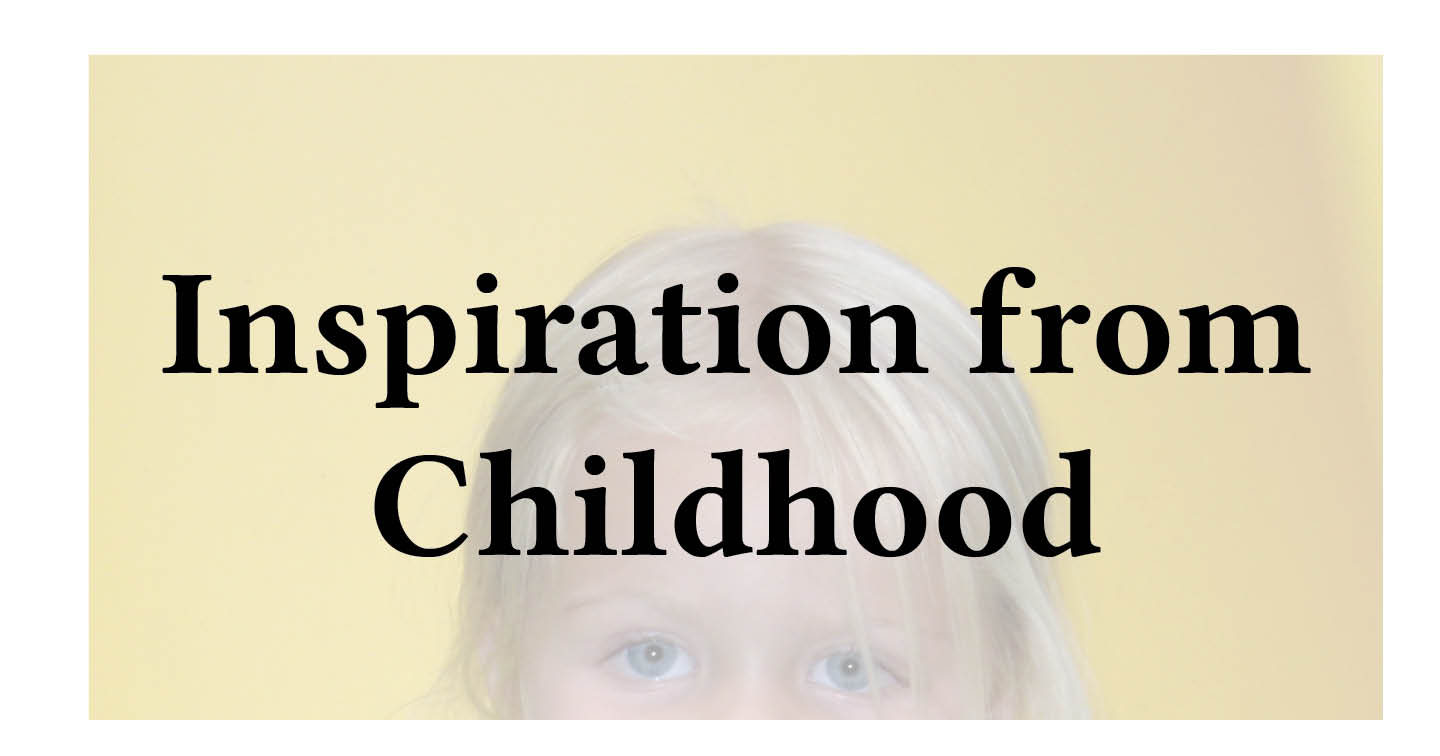 Can You Get Inspiration from Childhood?

Ah, childhood. What is it about our younger years that gives us such feelings of nostalgia? Is it because things were so much newer then? Or were they simpler? We had fewer responsibilities.

Yet plenty of people don’t have lives like that. For those who lost a parent, or were abused, attaining the age of majority must have come as a relief.

For the purposes of this blog post, I’ll call a person an adult on their eighteenth birthday. It’s just easier that way.

Education is a somewhat separate topic and is addressed elsewhere on this blog. So let’s, instead, talk about the other trappings of being children.

A Lack of Impulse Control

Why don’t we let young children drive? It’s not just because they can’t reach the pedals. Rather, it’s really because they tend to lack impulse control. Patience is more than a virtue; it’s a mark of maturity. While people mature at different rates, and there are some kids who are very patient, the child population tends, as a whole, to be a lot more impulsive.

While this means triggers are pulled more often, and faster (and sometimes quite literally), it also means younger people are more likely to take chances. They aren’t as set in their ways, and they are not wearing golden handcuffs.

Taking it all too hard

Passions can often run hot and hard for minors. Hormones are directly responsible for some of this. An overall lack of impulse control may also be causing it. Or maybe it’s due to many young people not having too many good bases of comparison. Whatever it is, first loves and first losses hit very hard.

Some of this is certainly physical. We tend to be in better shape. Our joints are younger. And we might be thinner, even if that just means we haven’t yet had the chance to eat all of the things which are going to make and keep us fatter later in life.

However, flexibility also goes to being able to bounce back more quickly. So maybe the term is actually resilience. None of our experiences or relationships has terribly long track records. Even if we fall in love with a toddler playmate, it’s still not a lot of time when compared to couples who have been together for several decades. While we might flit by and not know what we’ve got till it’s gone, we are still able to (usually) move on.

Of course there are exceptions. And there are plenty of depressed teenagers out there. I am not discounting their experiences!

Nondepressed teenagers can often be rather resilient. Impulse control generally takes longer to develop, so adjust your characters accordingly. Younger people can also, at times, take things a lot harder than more mature folks do. Again, adjust your character traits accordingly. As for very young children, read up on everything from child care theories to the development of the brain, in order to really nail it. And not every little kid lisps. Please, please bury that cliché once and for all.