Dialogue Tags — How to Use them the Right Way 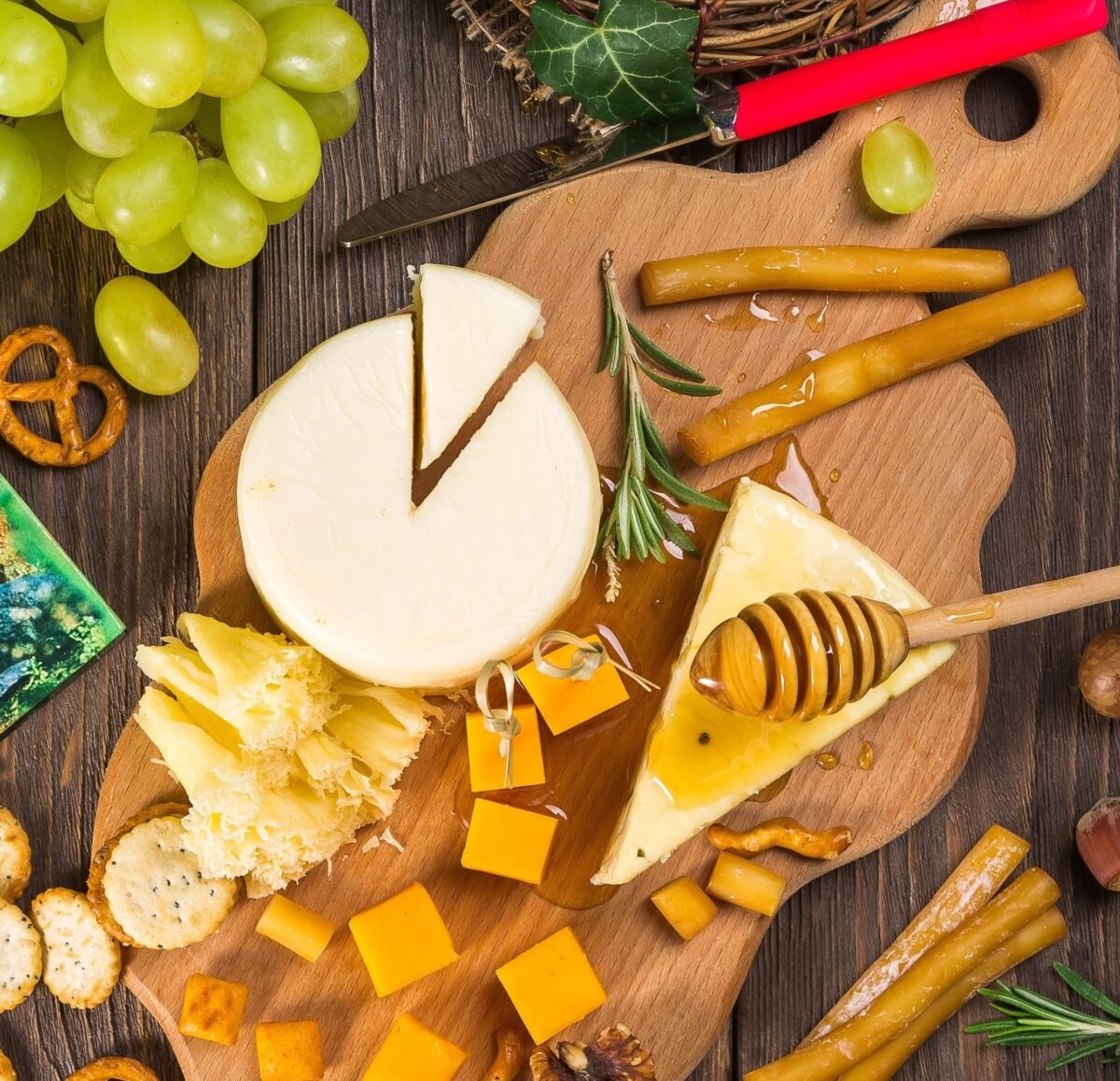 What are dialogue tags? Why do they matter? For anyone who writes fiction—and even for a lot of people who write nonfiction—inevitably, a character says something or other.

Yes, yes, I know about picture books. But I’m not talking about them here. They are a rather small subset of the writing experience. And virtually ever other genre is 100% filled with books where there is at least one line of dialogue.

Oh, and if you’re here for social media advice, sorry! This one’s only for writers. Unless dialogue tags float your boat. #NotJudging

What are Dialogue Tags, Anyway?

So, what is it that I’m writing about?

These are the bits of written speech where a person is designated as being the speaker.

Over there ↑, that she said part? That is a dialogue tag.

So, can we pack up this blog post and go home now?

Because this tends to be a very misused part of the writing experience.

It also tends to be a missed opportunity (and yeah, I’ve messed these up, so I feel your pain).

Let’s start here. Get to know and love the humble comma (,). Because it is about to be nearly a 100% go-to for you, when it comes to writing dialogue tags.

However, I must give you one enormous caveat: British, Canadian, Australian, and other non-US English-speaking countries tend to treat punctuation differently from Americans. Neither one is specifically ‘right’ or ‘wrong’. All I can tell you is: pick one style, and stick with it.

Nearly always, these tags are married to at least one comma and often one period as well.

Let’s return to our thrilling example:

See that comma before the closing quotation mark? That sucker there is mandatory. Yeah, you’ve gotta use it, too.

But, but the speaker has made a complete statement. Shouldn’t there be a period there instead? Nope! The period, in this instance, comes after the tag. I’ll get to placement in a moment.

Just know that, nearly always, commas and dialogue tags are the literary equivalent of peanut butter and jelly.

There are not too many. One is body language attributions, which I will also get to later. But another is the incomplete or interrupted sentence. Such as:

And, apart from looking cleaner, it is very easy to become what is essentially an emdash addict. FYI, this is a longer dash than the one which MS Word gives you if you toss a hyphen between two spaces, or you smash two hyphens together (those are endashes).

You can make it by typing alt-0151. And if you ever need to make the shorter endash, that’s just alt-0150. Technically, the endash is used for a range of numbers or dates.

So, if you’re interrupting speech, either with an aside, or action, or other dialogue, you can use an emdash.

Here’s another (interruption with other dialogue):

And here’s a third (speech interrupts the action):

She opened the fridge door— “I like cheese”—and all the dairy promptly fell out and onto the kitchen floor.

But again—for the cheap seats (see how easy it is to get addicted to emdashes? I need help)—almost always, you’ll use a comma.

Toss Your Dialogue Tags Up Front and Introduce the Speaker Immediately

There are three separate places where you can put dialogue tags. The beginning, middle, or the end. And no, I am not being facetious here. So, let’s start at the, well, the start.

There ya go. As with nearly any initial letter in a sentence, the s in she is capitalized. Then, after the verb comes the comma. And then, the quotation marks and your glorious sentence of speech.

Immediately, we know the speaker.

But try not to use this construction:

That is, unless you’re trying to imitate more archaic forms of writing. To most of us, it sounds and looks wrong (even though, technically, it’s okay). Avoid this and you won’t trip up your readers.

Let’s move further into the sentence.

Heh. But seriously, folks, the overuse of anything in fiction is not a good idea. So, how do you interrupt speech with dialogue tags? By shoveling them into the middle, of course!

If the speech was all together, then it would look like this:

This speech is a compound sentence, which means it’s just two separate, complete thoughts, bound together by a comma, which is directly followed by a conjunction (fan, and, nor, but, or, yet, so are the big ones. And yes, the acronym is fanboys).

You can use this method for two separate sentences, too.

Whoa! Wait a second. There’s a period there.

Well, of course there is. Because if the speech was kept together, it would look like this:

No comma, no conjunction? Then in this instance, it’s just a pair of simple sentences. Hence the dialogue tag picks up the period.

Tossing dialogue tags in the middle is one way to create a level of drama, because the reader naturally pauses (this is also why so many of us love emdashes, but I digress).

Middle placement is also great when someone talks for a long time. Lots and lots of speaking in one shot can be harder to read. Hence, adding dialogue tags in the center gives the reader a break.

This is a very common usage. Now, our speech reads:

Either is fine. You can mix those up until the cows come home.

There is one disadvantage to this. Unless the reader can immediately infer who’s speaking, they might start reading, thinking it’s John who’s talking. But then they get to the end and, oops, it’s really Mary declaring her love of dairy products.

I wouldn’t recommend putting dialogue tags at the end of very long speeches, either. It helps the reader out a lot more for the speech to either be interrupted by a tag or at least introduced by one.

No Dialogue Tags? No Problem!

Tired of using them? It’s okay. There are times when you can avoid them entirely.

If you’re good at differentiating your speakers, then at least some of your speech can go without dialogue tags.

“Mary, you’re being selfish, hogging all the cheese.”

“No, John, you will never come between me and my dairy addiction.”

“But sweetie, I was saving that cheese for our anniversary.”

Or whatever (this example has taken a turn, eh?).

But people don’t normally say each others’ names that often in realistic speech. Still, if you can make the speaker obvious, you can probably scotch a few dialogue tags. One way to do so is with what they say. Another is with how they say it.

Maybe John is from the sticks and has a thick accent.

“But sweetie, I was savin’ that thar cheese for our anniversary.”

But beware: overdoing accents and dropping letters and using dialect will not endear you to your readers.

Let’s have Mary tell us she’s speaking without using a tag or saying John’s name:

“No, you will never come between me and my dairy addiction. I’ve craved it throughout my pregnancy.”

I would also caution you: no matter how fabulously unique your characters’ speech patterns are, don’t lose all the dialogue tags. That way, readers won’t lose their place.

A body language attribution is when you toss out said and go with an action instead.

“I like cheese.” Mary winked at the cheesemonger, and hitched up her skirt.

John threw the brie across the room. “How ya like your cheese now?”

“We’ve got a lovely camembert.” Dave the cheesemonger glanced around. “Are you sure your husband didn’t follow you into the shop?”

Using BLAs is directly related to showing versus telling. Mary’s flirtatious. We can tell this immediately from her wink and her flashing a little leg. John’s angry. We can tell this because he threw the cheese and then the follow-up line reads as angry sarcasm. Dave’s nervous. His looking around isn’t enough to tell us that. But the second half of his dialogue makes his jitters a lot clearer to the reader.

BLAs add interest to a story, and they work as a supplement to standard dialogue tags.

Mary smiled, but there was lipstick on her teeth. “I got to the shop as fast as I could. Do you think John followed me?”

What does the lipstick on Mary’s teeth mean? Maybe she was in a rush, which she says in her speech. Or she could also be nervous, which the second line of speech tells us.

“Just how tall did you say your husband is?” Dave wiped the sweat from his brow.

John paced around the room. “Where did Mary go?” He punched the wall and gouged a hole in the cheap drywall.

John’s doing more than wondering. He is mad as hell. The brie might not be the only thing that goes flying. But without the BLAs, his question feels innocent and caring.

Now, let’s address something you may or may not have noticed—and don’t worry if you didn’t see it.

For every one of these dialogue tags, I used a form of the verb to say. But, but—I hear you cry—that’s so boring!

Boring is kinda the point.

The dialogue tags are not as important as the dialogue.

Using to say (and its forms) is economical and unobtrusive. Here’s what happens when you don’t:

“We’ve got a lovely camembert,” Dave stated. “Are you sure your husband didn’t follow you into the shop?”

It’s too much, isn’t it? And if it doesn’t feel like too much, then feel free to grab my stellar—heh—prose and add several more lines of dialogue. And use a thesaurus to lard it up with a bunch of words that call far too much attention to themselves.

I know, I know, you love your SAT words. I’m a fan of them, too. But they’re a lot like habanero peppers. A few touches here and there are lovely. Too many, and you end up in the Emergency Room.

A little is enough.

It wouldn’t be a rule if it didn’t have exceptions. To say will work about 85% of the time. What about the other 15%?

A good 10% of the overall should be forms of the verb to ask. Not inquire. Ask.

That last 5%? 4.5% should go to terms like whisper and shout (and many of shout’s synonyms, like yell, holler, and scream). These are useful because they do more than act as dialogue tags. They are also a form of body language attribution.

And that final .5%? Knock yourself out with your SAT words, if you like. You’ll probably find you don’t miss them much, or that they have a lot more power when they have a lot less volume.

“Where were you last night?” John demanded.

“She’s in love with me and my cheese,” Dave revealed.

Use a form of to say almost all the time, and use a form of to ask for any questioning. Anchor with a comma at the start or end, and with two commas (one on either side) if you’re putting dialogue tags in the middle of sentences or paragraphs. Break it up by varying where you put the tags, and even drop them altogether if the speaker’s identity is clear. Spice up your prose with body language attributions. Use alternative speech verbs sparingly.

And now, if you’ll excuse me, I need to make a grilled cheese sandwich.