Self-Review – Your Call is Very Important to Us 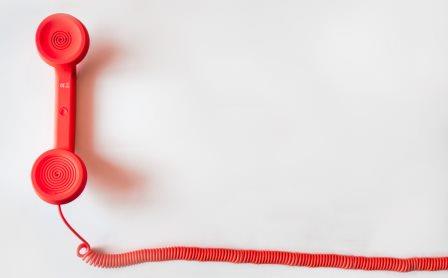 Your Call is Very Important to Us comes from a general concept of ‘the world turned upside-down’. I wrote this short story for the third volume of The Longest Night Watch. All of the proceeds will go to the Alzheimer’s Association. So that is, if we ever publish it.

I never name the narrator in ‘Your Call’. The reader just gets her husband’s name, Milo.

The world has gone to hell in a handbasket, and we’ve dropped the bomb. And so has our unnamed other side. There’s devastation. No one and nothing will survive.

As the narrator says, her husband was a doomsday prepper. And while everyone thought he was nuts, they were okay even as the world came to an end.

But our narrator’s got one big problem. She’s bored out of her mind.

Plot for Your Call…

With nothing to do but read, eat, and fool around, the narrator and her husband are at the ends of their tethers. They are older people—there aren’t going to be any children. So they are not going to repopulate the earth.

The one break to the monotony comes in the form of something you and I both hate – automated telemarketer calls.

Of course, a ringing telephone in the middle of nuclear devastation is a cause for concern, wonder, hope, and fear. I will admit that a part of the idea came from Ray Bradbury’s classic Martian Chronicles story, The Silent Towns.

Characters in Your Call…

The only characters, apart from people the narrator talks to on the phone who may or may not still be alive, are the narrator and her husband, Milo. Milo never speaks and neither does the narrator. All the reader gets are her rambling, wacky thoughts, presumably in writing.

When the bombs dropped, we were already ensconced in our shelter. Milo built it. Milo’s my husband. He was one of those doomsday preppers. People used to say he was crazy. But they’re not saying it now. Why not? Because they’re probably all dead. If the radiation and heat won’t get you, the germ warfare will, Milo says.

We live just outside of Henderson, Nevada. It’s near Las Vegas, or at least it was. I’m not so sure what’s up there anymore. It’s probably not much.

This story has a K+ rating. While the one sex scene takes place off screen (as it were), the backdrop is nuclear war, and of course that’s upsetting.

One very big issue is that the volume has been delayed for what I believe is coming upon years. Yes, really. The story has been in limbo for—I believe—over four years. So will it ever be published? Right now, I’ve got to say, I have my doubts. Big, big doubts. And that’s unfortunate, because I really love this story. And I love the charity and the group. But I suppose we’ve got … issues.