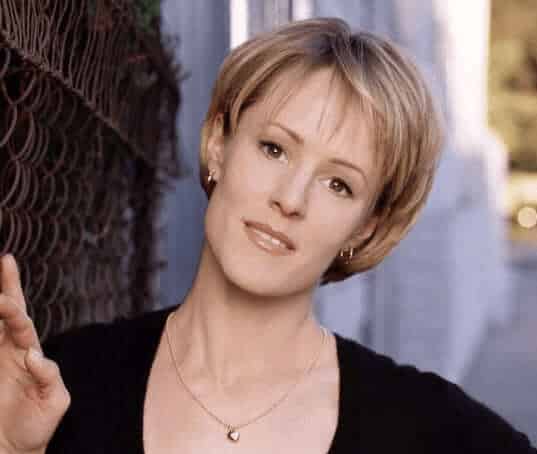 Categories:Writing
by Janet Gershen-Siegel |
on October 4, 2022

Consider Peri Martin, One of My Original Characters

Who is Peri Martin?

The main character of the first Obolonk trilogy was born on a whim.

Where Did Peri Martin Come From?

I was really just posting on Able2know. Before I knew it, I had 4 solid posts which were the genesis of the first 3 or 4 chapters of the first book.

And I put it aside for maybe 10 years. Then I remembered—I bet there’s a story there.

So, she came back into my life.

The Past is Prologue — Backstory for Peri Martin

Coming off unsuccessful PTSD treatment, Peri (Perdita Sita Martin if you want to get technical) needs a new partner as hers was killed. Hence, her PTSD. At the same time, we live in a society of Obolonks (vegan, intersex aliens), robots (both sapient and semi-sapient), and us.

Someone is targeting crunchy, hippie Obolonks on the Appalachian Trail. Peri needs to stop the killings.

But then she starts getting phone calls from a mysterious caller. The Appalachian Trail killings are merely a prologue. Little known to her when the story starts, something a lot worse is coming next.

Peri is about fifty when the story starts. She’s average size albeit a little short. Her PTSD treatment included hospitalization, so she gained a few pounds. She’s blonde, sardonic, and has a taste for cheap clothes from an interplanetary outlet store just called The Marketplace. This store is a lot like Sears was back in the day. Cheap and it has basically everything, with outlets all over the place.

Wait, back up. Interplanetary?

Oh, did I forget to mention that this society has people living on nearly every vaguely spherical rock in the Solar System?

But back to Peri. I see Mary Stuart Masterson‘s face. The more I learn about Masterson, the more it confirms my choice.

And I just learned she’s a lefty, which is wacky, as is her trilogy successor actress, Anna Kendrick (playing Josie James in Time Addicts)!

Smart, sassy, and troubled, this character is a flawed heroine.

Beyond solving the case, Peri also has to finally heal properly. She isn’t just sad at her partner’s death—she’s angry. At his killers, yes. But also at him.

She needs to stop dwelling on the past.

Quotes (from the first book, The Obolonk Murders)

The interior of the Rhombus was dimly lit, and the music was loud but incoherent. “Cops,” some large fellow bellowed, spitting on the already-dirty floor in front of them.

Peri looked at him. “We came for the music, and to see if we could meet some of the natives.”

People stopped and stared. Even the music stopped playing. “You’re lookin’ at the natives,” growled the guy who’d spat at them.

“I mean the other natives,” Peri said. “You know, the orange folks.”

A woman came over and looked her over, none too approvingly. “Ain’t no Creamsicles here, Cougar.”

“Like we would ever tell you,” snarled the guy who’d spat earlier.

Peri scanned the room quickly. The bar’s patrons seemed none too cooperative, and there were no Obolonks to speak of. It was the very epitome of a dead end. “Sorry to trouble you,” she said. Taking Tommy’s arm, she steered him out of there.

“Our appearance was immediately discovered,” he stated the obvious.

“Right, yeah.” She sighed. “This sorta thing used to work like a charm.”

“I’d get dolled up, and me and Charlie would have no problem getting intel outta people. And for God’s sake, they never used to call me a cougar.”

Peri has a slew of relationships. These are more or less in chronological order.

When we first see Peri, she’s already divorced from Anil and back to her maiden name. Later, she reveals their marriage ended when she discovered he was cheating on her.

Her mother, Karen, comments that she never seemed to have too much enthusiasm for the marriage.

There’s nothing romantic with Greg. He’s what you would call her ‘work husband’.

Greg is funny, silly, and can match her snark for snark. But he also cares about what happens to her. As the technical/analytical side of solving the case, his help is invaluable.

Peri’s partner was also her lover. And so, when she sees him killed, it affects her deeply. But she’s too stubborn to get full treatment for PTSD. In a way, she prefers to suffer, feeling it’s more like proper mourning.

In addition, Charlie was married, and not officially separated from his wife, Elaine. As I write this blog post, I am also putting together a prequel and we will see Charlie alive.

And Charlie is, to use a nice word for it, a jerk.

The dashing head of the Orb Intelligence Agency (essentially, the future CIA) takes an interest because he finds her fun and fascinating. She’s not the kind of person who kowtows to him. And Peri is (for the most part) unimpressed by his wealth and status.

Their relationship progresses until he’s forced to go ‘full covert submersion’. The OIA erases his identity his own safety. But he’s a part of solving the case, too. And, she needed someone after Charlie. Dave, to his credit, also helps her more fully recover.

Peri’s new partner isn’t human. And a lot of things baffled him by a lot of things. But he’s a quick study, and he’s able to step up when necessary. They save each other more than once, and realize they are meant to be together.

The Appalachian Trail cases turn into full-blown terrorism quickly. The group (it calls itself HEART—Humans, Earth, And Robotic Technology) is planning even more attacks. Orange blood will spill by the liter unless Peri, Dave, Tommy, and Greg can stop it.

Apart from Greg being another Shapiro character, Peri shows up in the sequel trilogy, Time Addicts. Or, rather, her grave does. It is, after all, about 500 years in the future.

Apart from the above-mentioned prequel story, there will be a third and final (at least, that’s the plan) trilogy in this universe. Since Tommy is close to being indestructible, he can be in it. And where Tommy goes, his memory of Peri is sure to follow.

I love this character. I think she’s probably one of the first truly sophisticated characters I ever created. She even precedes Untrustworthy.