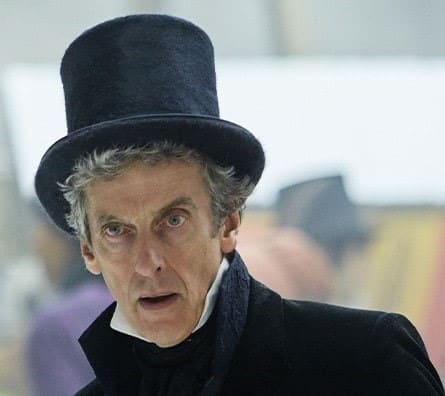 Categories:Writing
by Janet Gershen-Siegel |
on November 15, 2022

Consider Devon Grace, One of My Original Characters

Who is Devon Grace?

Dr. Devon Grace arose from, among other things, Peter Capaldi being tapped to play Dr. Who.

Where Did Devon Grace Come From?

Once Ceilidh is ensconced in Massachusetts, she needed something to do that wasn’t going to be just endless cookery and housework. And then the idea for Devon sprang up, and I realized it could drive the plot rather well.

The Past is Prologue — Backstory for Devon Grace

Rich and privileged, all Devon wants to do is heal people. But it’s the Victorian era, and he’s got a major secret.

And so, his very existence is essentially illegal.

Female patients seem to sense something about him, so Devon becomes essentially an OB-GYN. He delivers babies and, eventually, women start to trust him to perform abortions. His track record is decent (after all, he’s no quack), but women still die.

It all goes wrong when a relative of a member of Parliament dies on the table.

Arrested, but then charged with buggery, Devon ends up in prison for a year. But he’s lucky. Since Dr. Grace is wealthy, at least he’s not executed.

Banished from practicing medicine in the UK, he comes to America. But he feels horribly guilty and wants to atone. He does so by becoming what we would now call a Public Health Officer. In particular, he helps a morphine addict turn her life around.

I see Peter Capaldi, hands down. There is no one else.

Like the other characters in the Universe of The Real Hub of the Universe, his motivation is to protect the Earth. Much like Ceilidh, he has a redemption arc. Finding love, and finding purpose, are key.

And, along the way, he even finds a more traditional-ish family, marrying Ellen Remy and adopting her son, Richard, who was born out of wedlock.

Quotes (to help out Ceilidh in the Charles Street Jail, Devon poses as her husband)

When the church bells rang for one, the jailhouse’s bell rang and Gregory Ashford arrived, looking concerned. Less than half an hour later, the bell rang again, and Ceilidh heard Devon’s voice. “I will visit this prisoner when I please,” he complained.

“Oh, really? And who might you be?” asked the captain.

Devon came close to the bars and Ceilidh could see he was wearing an unfamiliar cloak. Either he had purchased something new, or it was Shannon. He nodded to her and she approached. Unexpectedly, Devon took both her hands in his and kissed them and then said to Marsh, “I am her husband.”

For someone who wanted to be left alone in his misery, he ends up making friends and more.

As originally his employee, Ceilidh is a serving girl, maid, valet, and confidante. They become closer when they reveal their secrets to each other.

At her annulment hearing, he cosplays as a priest, the third necessary for a hearing. No one needs to be the wiser.

Devon loves children and sees an injustice in how Ellen and Richard are treated by most people. He proposes marriage to fix that, but also for his own purposes. If he can convince the authorities that he’s a changed man (which we would just see as him being forced even further into the closet), he can go back to Scotland to live.

At first, Ellen is afraid he’s in love with her but she doesn’t feel the same way about her. But they come to an understanding.

Devon’s old friend is an important member of SPHERE in Europe. They can joke and laugh and end up in love.

The entity known as Shannon Duffy has odd relationships with most human beings. With Devon, the relationship is cordial. They play draughts a lot, and team up to help Ceilidh and Jake and the rest of SPHERE.

When the Yarinduin and the Xolana attack, Devon is in the thick of it.

Since I also see Capaldi as David Shepherd, I’ve had an intriguing idea. Perhaps Shepherd’s real name should be Devon Grace? I confess I rather like the idea.

He will not be a part of the Real Hub of the Universe prequel. But never say never. If I write another prequel, he would be a fascinating character to cover.