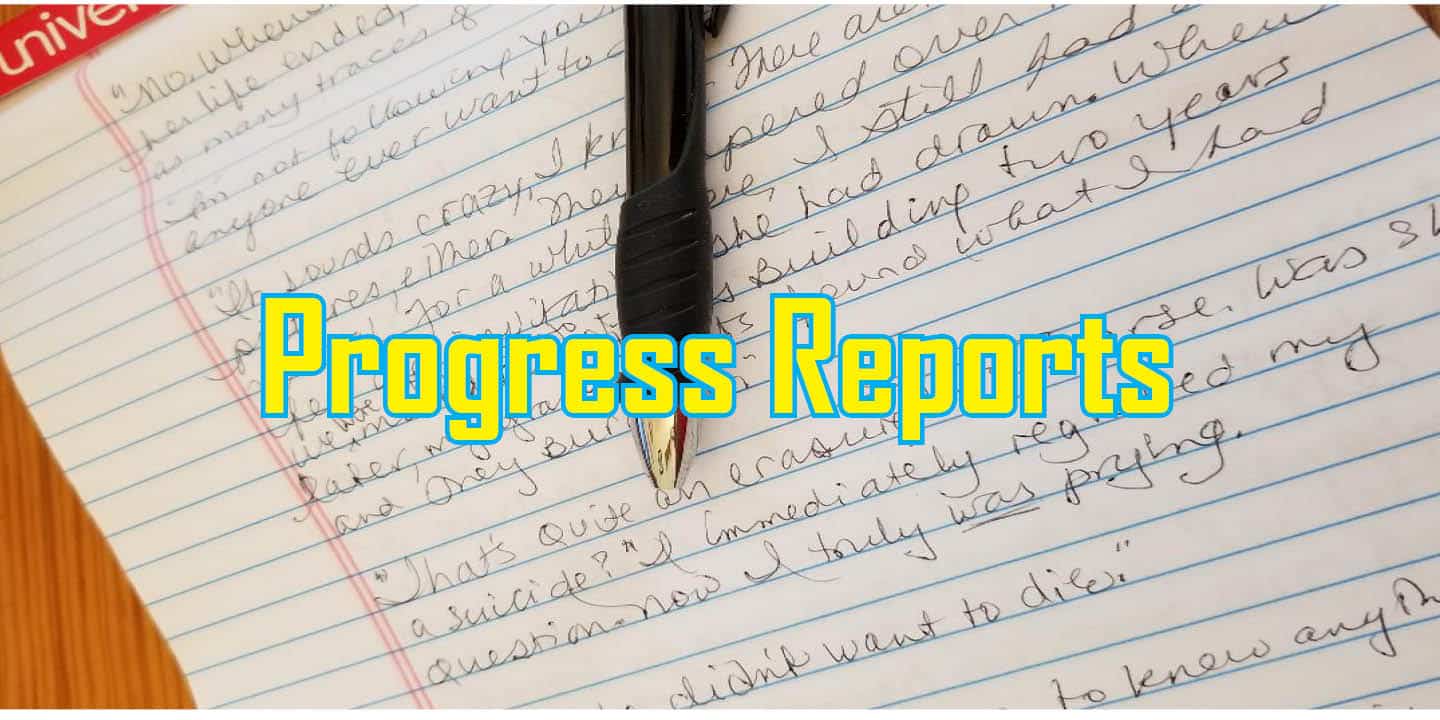 Categories:Writing
by Janet Gershen-Siegel |
on June 30, 2022

How was second quarter 2022 for writing? So I spent second quarter 2022 overhauling this website. This included creating basic landing pages for each of the universes I am writing in. I’m happy with how they’re turning out. But of course that’s the sort of thing that can easily become a perpetual work in progress.

The idea behind these pages is to create a central hub for universes like for the Obolonks or Enigmans. And then anything else I write about them will feed off those pages and feed back into them.

And I was looking for a good writing group that spoke to me. I also submitted to one place and edited Mettle, Gentrification, The Obolonk Murders, and The Polymer Beat.

First of all, I worked a little on new short stories. I also spent a lot of my time working to get inspired. So, I would think about plot bunnies.

Then on Wattpad I posted on the WattNaNo profile and the Star Trek Fans profile, and nowhere else.

A True Believer in Skepticism, published in Mythic Magazine.

Time Addicts – Nothing is Permanent – this is the second in this trilogy. What happens when time is tampered with and manipulated in all sorts of ways? It’s the ultimate in gaslighting, for one thing.

Time Addicts – Everything is Up For Grabs – this is the third in this trilogy. When time is bent and shaped like a wire hanger or a lump of clay, Josie James is thrown around in just so much temporal turbulence. She’s the only one who remembers how things were before—or is she? Can she put any of it back before even she forgets the oldest timelines?

So currently, my intention, for this year’s NaNoWriMo, is that I am writing the third trilogy in the Time Addicts/Obolonks universe. But I need to iron out the plot! So a lot of this year has been spent on that. I have no name for this one yet.

So here’s how that’s been going during second quarter 2022.

As of Second Quarter 2022, the following are still in the running for publishing:

So be sure to see the Stats section for some details on any query statuses for Second Quarter 2022 which were not in progress.

Not too terribly encouraging.

So it’s work, what else? But there’s another issue. I am working on getting back into a writing group. Before the second quarter 2022 started, it seemed like my group would be disbanding. Which makes me sad. Why, oh why, can’t I find a group that I like, which works for me? But … I may have found someone … Stay tuned.

First quarter 2022, though, had very little. And so it goes.