Self-Review – The Badge of Humanity 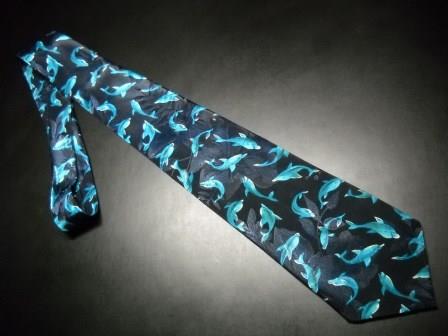 Review – The Badge of Humanity

The Badge of Humanity is the upshot conclusion story in the initial Obolonks trilogy. It moves the action into more of the Peri-Dave romance. But it also follows to showing how she, Dave, and Tommy finally solve the murders.

Just like that universe’s society is tripartite, so are the three novels. So the first one, The Obolonk Murders, is devoted to the aliens. And the second work, The Polymer Beat, is dedicated to the semi-sapient and more than semi-sapient robots. Hence the third is all about humanity.

The second and third novels also have somewhat punny titles. They both play off the police props of badges and walking a beat. But a badge is also an identifier. Hence, in this one, Tommy gets that particular badge.

Background for The Badge of Humanity

When I first started to write The Obolonk Murders, I had no plan and no idea it would turn into three books. At this point, I knew I really needed to finish up already. One thing Untrustworthy has proven, over and over again, is the value of an outline.

I knew the end had to happen, so the two biggest parts were solving the murders and, in some way, dealing with the Peri-Dave romance. I needed to tie up two very loose ends and do so in as satisfying a manner as possible.

Peri has to solve the last of the puzzle as more Obolonks are threatened. She senses they are the key to humanity’s future as the human population has swollen so much that it will soon overrun every inhabitable orb in the solar system.

As Tommy continues to seek what is essentially humanness—the badge of humanity—Peri and Dave’s relationship heats up. There are too many distractions and the president of the solar system also seems to have something to hide.

The main character (as before) is Detective Sergeant Peri Martin. Secondary characters of note are Tommy 2000 (with a Tommy McFarland alias so as to cover up his robot identity), Dave Shepherd, Greg Shapiro, Akanksha Kondapalli, and the glamorous president of the solar system, Ms. Fankald Williams.

The scenes shift from the Boston Megalopolis on Earth, to Venus, Callisto, and Eris, and back, even to the Hague on Earth (the capital).

“What’s that?” Peri asked a woman sitting nearby, who was an octogenarian like her parents were. The woman had on a knit suit in mint green. Mrs. Franklin? Fredericks? Francis?

“I asked you where you live.”

“Oh, I’m in the Boston Meg, right downtown in a high rise.”

“Back on Earth? That seems so old-fashioned. Don’t you want to grow eggplants with your parents?”

“Uh, no, that’s okay,” Peri tried to be polite about things, but she could scarcely conceive of anything more boring than supervising a far less sophisticated robot than Tommy—the kind known as a Jack or Lumberjackbot—as it tended to the care and feeding of umpteen eggplants for sale to markets as far away as Venus or the Neptunian System. “Someone’s got to haul in the undesirables, Mrs.—er, Ma’am.” Nice save, she congratulated herself wryly.

“Oh, yes, Earth has so much more crime than we have out here,” the woman observed.

“No, thank you, Mrs. Martin,” Tommy remained polite but was getting a little bit insistent, adding just a touch of emphasis to his surprisingly lifelike tenor voice.

“Perdy, honestly! Now, Thomas,” Peri’s mother addressed Tommy, “I can’t understand why you’d be fasting on a day like today. Is it for a religious reason? Do you need to keep kosher, or halal, or vegan? Because I don’t think you need to lose any weight.”

“I need to,” the sophisticated robot’s bluish-greenish-grayish eyes moved rapidly, horizontally, a few times. Peri knew that he was checking his long-term memory for a suitable response, “watch.”

The book has a T rating. It’s not quite enough for MA, but there are sex scenes and they can be a touch explicit at times. Peri and Dave have a very active relationship.  As for violence, it’s more threatened than anything else.

The Badge of Humanity: Upshot

The quoted portion comes from the first scene in the first chapter. I think the series ends pretty well. In particular, as I become a more sophisticated writer, I can see the holes in it. But I can still see a ton of potential.

And that’s why this trilogy is the first of three trilogies. The Obolonk universe is far too well-developed to let go to waste.

But this book really needs beta readers! Because the last thing that I want is for the story to end on a less than perfect note. Any volunteers for the beta reader badge?