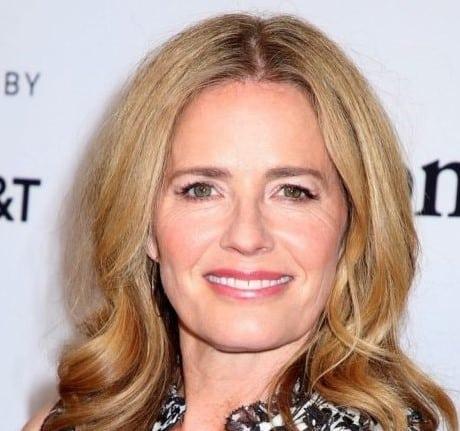 Categories:Writing
by Janet Gershen-Siegel |
on April 5, 2022

Consider Marnie Shapiro, One of My Original Characters

Who is Marnie Shapiro?

The main character of The Enigman Cave went through a lot of changes.

I originally conceived of Marnie as being a person who was kind of in the midst of a crisis. She was to be getting a divorce while on a deep space mission. And that’s an idea I may very well work with at some later date. I think it’s kinda cool.

But then things got … a little different.

Where Did Marnie Shapiro Come From?

First of all, I was at first going to name this character Marnie Chase. But then she just plain didn’t “feel” like a Chase. I don’t know. But no matter how I felt, it didn’t seem suitable for the character. And so her name was changed. This was to be my NaNoWriMo story for 2015, and I had to change the name of the main character? As it happened, I ended up changing Josie James’s name as well. Sometimes, you don’t get it right the first time.

And … the character won’t come alive until you do. It’s as if they’re standing there, hands on hips, shaking their head—sheesh, she still can’t get this stuff right?

The Past is Prologue — Backstory for Marnie Shapiro

Marne’s past is told in a few little dribs and drabs in the manuscript. Her marriage to Dr. Ben Chase (he’s a botanist)? As I wrote in the book (chapter 4—and it’s so much exposition that I will likely have to edit out, anyway):

They had met years before, as young adults, and had fallen in love, kind of, even though they were both emotionally unavailable. It was a marriage of intellectual equals who sparred as much as they had sex and generally admired each other’s brains more than other body parts. Even Marnie’s own brother had said they seemed to be the kind of couple that coexisted, parallel lines never truly intersecting.

But there’s more. As essentially a power couple, the brass want both of them for deep space missions. If not for Ben, it’s possible Marnie would not have been brought in. The brass wanted the people going into space to be young, attractive, athletic, and personable. Marnie’s far from young or athletic. And she doesn’t suffer fools gladly. So, in a lot of ways she owes Ben her position. But he’s still a jackass to her.

Marnie attends Deep Space Training School, along with a number of captain and first officer candidates. This includes the woman who becomes her first officer, Trixie LaRue. There was one person in their class getting straight A’s—and since they only saw posted grades with no names, there’s no way to know who it is. But at graduation, the powers that be reveal everyone in grade order, starting with the bottom of the class.

Trixie herself ends up in the top ten, but she’s commissioned as a first officer, due to personality issues. The last two people called are Bill Levinson and Marnie. And, the valedictorian position goes to Marnie, who must deliver a speech with no preparation whatsoever. It’s a bit of passive-aggressive nastiness from the powers that be.

Marnie is in her fifties, a bottle blonde who’s holding onto a few extra pounds. Her poor diet and exercise regimen, plus stress, have caused her meniscus (that’s cartilage in the knee) to fail. She is, as people used to say, A Woman of a Certain Age.

I go back and forth for an actress approximation of her. Maybe Elisabeth Shue?

Marnie’s main motivator is a desire for justice. For someone unfairly overlooked and underestimated, the concept of wanting to protect the weak and keep the crew from harm feels like a natural internal motivator. Also—at the time—I had a meniscus tear, and I hobbled around a lot like Marnie does. So, we have that in common.

While trying to prove Enigman intelligence, the hearing is also an occasion to get a covert message back to Earth. Here’s part of it.

“Carter is threatening all of us. We don’t even know if what he’s saying is true. But if those detention camps exist, then I implore you, I beg of you, I hope you will do the right thing. Find those places. Please. We are years away from Earth, even at top speed. Please, please find those places, and tear down their gates, and free those people. I know you can do it. Please don’t be afraid of Carter. These things happen because good people like you are afraid to stand up for what’s right. But I know you; you’re good and brave people. You won’t let him push anyone around.”

Like many characters, one way to get insight into Marnie is to inspect her relationships with the other characters.

Marnie has to deal with her ex-husband, Ben, because he runs the Botany Department, and he reports directly to her. Ben annoys Marnie incessantly, in particular insisting on referring to her by her full name, Mariana. But that’s all a part of how such a narcissist would hold her at arm’s length.

Still, they have to deal with each other. But for the most part, they stay out of each others’ hair. Much more problematic for Marnie is that Ben is engaged to Nurse Kristen Watson, a woman he cheated on Marnie with, while they were all in the middle of the mission. Kristen is young, pretty, and bubbly. Little Miss Sunshine is everything Marnie is not.

Marnie and Trixie and Jazminder

One fantastic (if I do say so myself) part of The Enigman Cave is the female friendships. The book passes the Bechdel test, and blows it away, in the first chapter alone. The three women at the heart of the story and their ship, the Valentina Tereshkova, are almost Kirk, Bones, and Spock. Except the doctor (Jazminder) is more like Spock. But no matter.

Trixie and Marnie meet in Deep Space Training school, where they give Marnie’s roommate, Missy Mahoney, a hard time. This includes juvenile pranks like short sheeting her bed. When it comes time to tell the powers that be who they want to work with, they both pick only one person—each other.

Jazzie comes in later. Of course, any spaceship will have to have a doctor. From a posh suburb of Hyderabad, educated in England, Jazzie has an accent plummier than a Christmas pudding. She’s also a lesbian, and she drinks.

But in the first chapter, one of the first scenes is of the three of them getting drunk in Marnie’s quarters. They laugh, they joke, they get serious, and they behave exactly like three old friends should act.

As the assistant veterinarian on board, Lex isn’t exactly at the top of the heap. But this is helpful, because he doesn’t report directly to Marnie. Hence, their relationship can go ahead. Unlike with Ben, Marnie can open up to Lex, and he will listen to her without judgment. Their fellowship is the kind of friendship/love affair that has every indication of going the distance.

He’s also 25 years younger than her.

Without giving away too many spoilers, Marnie’s conflict is the story’s—when the crew finds the first sapient life outside of Earth, it’s a cause for celebration. But that quickly devolves into worry, as the government at home collapses into a dictatorship. The first of two shining moments for Marnie is here, where she devises a way to do an end-run around the nasty commands they’re getting from the new dictator, Monroe Carter, who fancies himself a latter day Cortez.

And the other shining moment is first contact. An exciting plot point for pretty much any space opera, Marnie’s solution to how to talk to the life form they’ve found is to do something extremely female. And it’s maternal, even though Marnie doesn’t have children.

It’s to sit down and tell them a story.

Like other characters named Shapiro, Marnie is a callback across universes. Her middle name, Robin, ties in with Robin McKenna, a pivotal character in the Time Addicts series. Marnie is also a Bostonian, although I don’t outline that well enough.

The end of the story allows for the possibility of a sequel, if there’s interest.

For a person who many would overlook, Marnie is the heroine of her own story. Her imperfections and quirks add interest, and she is the kind of character who can believably make a speech like the quote above.