What is the Karmic Wheel? Alas, the Examiner is no more, but the Karmic wheel keeps spinning anyway.

I was once contacted by a friend, Phil Butler, to write an article for the Examiner. 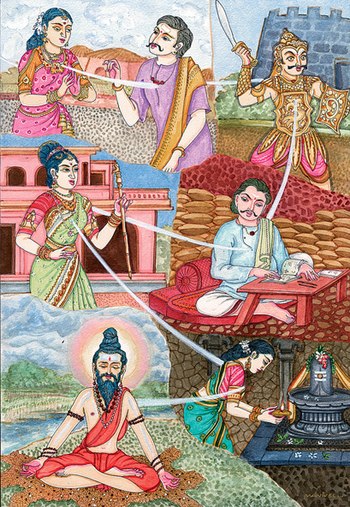 Now, Phil and I had known each other for a few years. We met through LinkedIn.

We have never actually seen each other, in person. He’s not even on the same continent as I am. Yet I wrote the article all the same. It was on an article called Food Addictions and Treatments.

Now, did I expect fame and fortune from all this?

Well, I’d be lying if I said it wouldn’t be nice. But do I honestly think that empires will rise and fall based upon my one little article?

So that ends up a reward unto itself, is it not?

I think the article is the kind of thing that people have got to write about. And it continues to shock me that other writers wouldn’t touch the subject matter with a ten-foot pole, as if it would give them cooties to talk about addiction. As if being at all sympathetic with people who are ill would, somehow, mean they were condoning those lifestyle choices or admitting that they, too, were imperfect.

Hey, I will shout it from the rooftops – I’m imperfect!

And if I’m not mistaken, the sky did not just come crashing down.

Go forth, and I hope you’ll collaborate, and do things for others. And the karmic wheel will turn for you, too.