Self-Review – The Real Hub of the Universe 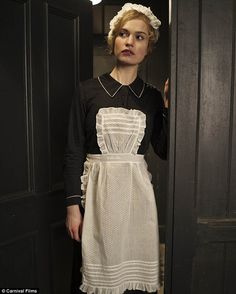 Review – The Real Hub of the Universe

The Real Hub of the Universe tells the story of Ceilidh O’Malley Barnes, who leaves her abusive husband and runs off to America. So it’s 1876, and she works as a scullery maid, disguising her heritage with a put-on English accent and a fake name, Kay Lee Charles.

One of my favorite time periods is the Victorian era. But there are still so few films which deal with it. More likely, you get something about England or the like. Yet there are not so many about America.

I also love science fiction. And so one day I got the idea – aha! – I would combine the two.

So far as I am aware, this is a more or less unique idea (yes, I know about Star Trek: The Next Generation characters going to see Mark Twain).

Plot of the Real Hub of the Universe

When Ceilidh leaves Ireland, she knows absolutely no one. She ends up as a charity case on a freighter, where there is a mysterious first mate who wears only black and never smiles. When the ship lands in Boston, it’s July 4—the Centennial. But nothing is open and there is no place for her to go.

But through pluck and luck, and by shedding her Irish name and putting on a fake British accent, she lands a job with the wealthy Edwards family. She endures a lot of the standard indignities of the women of her time, including being paid less and being what we would now call sexually harassed.

She also notices the master of the house conducts meetings with some sort of society. Then he taps her to serve the society’s meetings, which are attended by the luminaries of the day – Ralph Waldo Emerson, Amos Bronson Alcott, Henry Brooks Adams, Judge John Lowell, and George Walker Weld.

After being mistreated by the mistress of the house one too many times, Ceilidh lands a job with Lowell. And then a mysterious visitor arrives, who says nearly nothing and hides his face. More worryingly, he immediately figures out she is not English. What’s she to do?

So the main character in the piece is Ceilidh O’Malley Barnes. Her twin impulses are to escape her abusive husband and to find work, and a lot of the story centers around that. The scenes shift from Ireland to England to the open Atlantic Ocean and then Boston, first at the Winthrop Edwards house, and then at the Judge John Lowell house.

For this book, she meets and befriends Frances Miller, her absolute bestie.

Memorable Quotes from The Real Hub of the Universe

There was a cackling sound not too far away. Someone was, maybe, having a glorious time, but it sounded unnatural, and a little forced. “What’s that?”

“That might be one of those things you shouldn’t be seein’.” Ned finished tying Phoebe’s reins to a post and picked up both parcels. “Over there, I think.” He inclined his head in the direction of where the smell of fish was stronger.

The two of them walked over and there was nearly no light beyond what the moon and stars could afford. A few small gas lamps were too far apart to be useful unless a person got really close to one of them. The tide lapped against the wooden docks and Ceilidh feared that either or both of them might fall in. She about jumped out of her skin when someone pulled the hem of her dress. “Who’s there?”

“What?” asked Ned. He had apparently not seen or felt anything.

Ceilidh bent down. It was a little girl, maybe three years old. Four? “Are you lost?” Ceilidh asked, although she had no idea how she could help a child in such an unfamiliar place.

“Have you a ha’-penny?” the little girl asked, her brogue thicker than Ceilidh’s or Ned’s.

“Why not?” Ceilidh straightened up for a moment.

“Because they will rob you.”

“Well, that’s a rather pretty name. Where’s your Mam, Siobhan?” The little girl just turned and pointed in the direction from where the cackling had come. In the dim light, something insect-like scurried in Siobhan’s hair. Instinctively, Ceilidh sprang back. “Oh, my!”

The book has a K+ rating. While the language is extremely proper to a fault, there are some swear words. There are also a few disturbing scenes.

So I truly loved writing this series. It was great fun! Ceilidh’s character journey was a revelation to me. I always wanted her to make it somehow, but I was unsure of what that was going to be when I started. Stay tuned to find out just what that was.