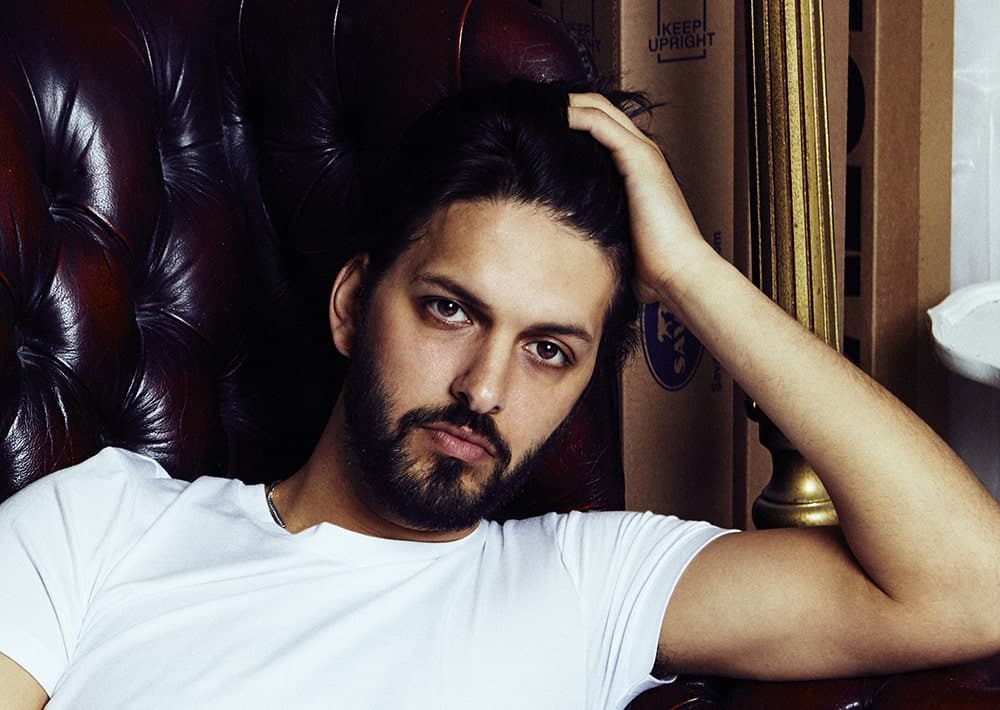 Categories:Writing
by Janet Gershen-Siegel |
on September 20, 2022

Dalton Farouk is a character I created as the love interest for the main character in Time Addicts, Josie James.

Who is Dalton Farouk?

He was always to be a Muslim character and always to be smart, attractive, and have a very strong reason for being chosen for the team.

When I think of Dalton Farouk, I see actor Shazad Latif.

So, why was he put on the team?

It’s because he’s got a very real memory gift. It’s rare and quite amazing.

So, to make Dalton truly fascinating, I decided he would have hyperthymesia.

It also goes by the name, ‘highly superior autobiographical memory’. Essentially, a person is able to recall everything that ever happened to them, and in exceptional detail.

Where Did Dalton Farouk Come From?

The name just sort of came to me. I loved the idea of a very WASP-y kind of first name and then the surname just kind of bangs a left.

And here we are.

The Past is Prologue — Backstory for Dalton Farouk

Born in the Philadelphia-Main Line section of the Washington Megalopolis, Dalton is the elder of two. His sister, Maryam Tracy Farouk, shows champion schnauzers. Maryam is learning from their mother, Susan Dalton Farouk. Their father, Ali, is also involved in the breeding and training of the dogs. But he doesn’t show them.

So, just like Latif, Dalton is a handsome Middle Eastern guy with a beard. He smiles easily and is exceptionally attentive to Josie. He is, in many ways, the perfect boyfriend.

Because, since he can remember everything forever, he does everything in his power to avoid regrets.

Dalton really has two separate motivations. His first is like the other employees of the OIA-DTN: to preserve and restore the original timeline. But his second motivation is to date Josie. And I suppose there’s a third—to cope with the burdens of his gift.

It’s got to be tough when you remember every humiliation you ever had in nursery school.

(from the first time we see Dalton in the storyline)

“Er, hi. I’m Josie James.” His hand was smooth, as if the only physical labor he did was in a gym.

“You sound like a dance hall girl or an outlaw. Definitely something from a western movie.”

“I was born in the Philly section of the Washington Meg so, yeah, kinda. You?”

“You want to know where I was born?”

“Well, yeah, seeing as we’re not supposed to be hinting at roles and responsibilities yet.”

“Oh yeah, I almost forgot that. Man, oh man, the OIA sure has some strange protocols. Still, I figure there’s a kind of a method to their madness.”

“Yeah, they get to continually test us on secrecy and on following instructions. We screw up, and they can boot us. You know, like it says in our contracts. I am assuming you got the same contract that I did, er, Dalton.” Why the hell is this dreamy guy just going by his last name? How weird.

“I’m sure I did. And yeah.” He seemed to be staring at something for a second, as if he was mentally flipping the pages of the contract, in electronic or paper form. “You’re right; it does say that. But you didn’t answer my question, outlaw Josie James.”

“Where were you born?” he asked, as the door opened and a Wingbot arrived with a strong-looking guy who looked like he played football professionally.

Dalton started to laugh. “Hell, no. My first name is Dalton. Hiya, Tad. Where you from?”

Dalton of course has been around the block enough that Josie isn’t his first love interest.

So, when I started, Lisa was a blank slate. And then I got to thinking about her being borderline abusive. Since Dalton would not want to rock the boat in most relationships, I felt it best to make her so awful that he would just have to end things.

His parents even comment that they weren’t fond of her.

For Dalton, the conflict and turning point align with the rest of the story and characters. He, along with Josie, Tad, Jerry, Cindy, Keisha, and Carmen, have to finally stop a group called the Yestermasters. Changing time is making Obolonk lives worse and worse. Unsatisfied with Obolonk slavery, the Yestermasters want to commit genocide.

Dalton’s role is perhaps a little foolhardy, as he sustains a rather bad injury.

Apart from having love interests in many of my works, I kind of don’t have a continuity or Easter Egg for him. I love his memory, and may write a similar character in the future. Imagine Dalton’s POV!

Right now, there are no plans for a sequel featuring him, and the prequels I am planning don’t have him, either. In a way, I like the idea of him ending with a question mark, for tomorrow never knows.

Dalton is a little bit of a “careful what you wish for” character. Smart, handsome, and kind, he feels perfect. And then, when you get to know him, you learn just how troubled he really is.