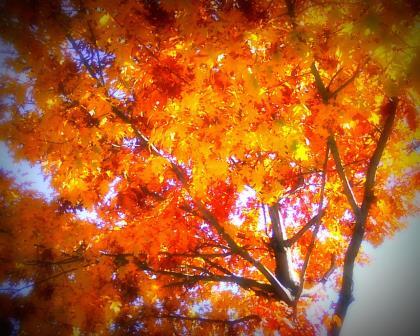 So you find a new site. You look around. And you think – this looks like a place I might like. Therefore, you take the plunge and you register.

And it doesn’t really matter if it’s Twitter, or Facebook or Able2know. If it’s big enough, it scrolls and leaps by so fast that you can barely get your arms around it. And in the beginning, that can be incredibly exciting.

However, after a while, it’s a bit too much. So if you want to hang around and have a more meaningful interactive experience than complaining about the weather, you end up finding yourself some sort of an enclave. I’ve covered this before, actually.

You find your niche, whatever it is. And you start spending time with people. It doesn’t matter what you’re doing, be it playing fantasy sports, or comparing notes as new mothers, or trading rumors about the next season of Doctor Who. What matters is, you’ve found your peeps.

And that’s when it can get kind of complicated.

Transitioning to the In-Person Experience

My husband and I once met a fellow we had know for a few years from online. He was passing through Boston on his way home from Maine. And one thing he mentioned was – my online friends and my offline friends are pretty well-integrated. I like that.

After all, consider some of my closest friends who I didn’t meet online. Most of them either attended school with me at some stage or another, or they worked with me. In some fashion or another, we hit it off. However, the same is true of the cyber world, is it not? You meet someone, and you hit it off with them, and you thereby become friends. No great mystery there. The only remarkable thing is that the lines are being forever blurred between people we met physically first, and people we physically met later, if at all. And we care less and less about how we met our friends, these days.

With cyber friendships – as with all friendships – there can be loss. And we all know that it is going to happen sooner or later. A voice will be stilled, a timeline no longer updated. We may or may not know the correct or full name. We may never have heard that person so much as speak on a video or on the telephone. Yet we feel a sense of loss just the same.

I have found that, as this has happened on Able2know (and it has happened several times now, a function of both the size of the site and its skew in the direction of more elder demographics), people have wanted to rally around. It is not necessarily a formal obituary type of posting or topic. Instead, it can be a topic that’s more like a wake in its layout, verbiage and intent. There is no real template for this. You just go with what works. And recognize that there are people who grieve in their own ways. There may even be hostility (“You were never kind to him until it was too late!”) or one-upmanship (“I got to meet her in person!”).

Internet Afterlife and a Cyber Legacy

The If I Die app allows for a final status update once three people (you choose them) confirm to the service that you’ve shuffled the mortal coil off to Buffalo. It almost seems like a video will, where the rich uncle leaves everything to his parakeet and, while the cameras are rolling, also tells the assembled family that they’re all wastrels.

But it’s not just that. It’s also – look at the data that’s out there. What sort of a legacy are we leaving for future generations? A tour through Facebook reveals an awful lot of appreciation for cute cats who can’t spell, George Takei and political soundbite memes. And if future generations only look at that (which might happen, as it could very well be the only thing that survives long enough and is complete enough), they might just that cyber legacy and feel we are rather shallow people indeed.

However, if they dig into communities, I think they’ll see a rather different picture. A picture of real caring. Of reasoned and impassioned debate. Or of rabid fandom. Of people who help each other by answering questions or offering advice on things like repairing a fan belt on a ’68 Buick or ridding a computer of spyware. And of some fall on the floor humor as well. So, what footprints and fingerprints will you leave behind for your cyber legacy? And what digital fossils will await future archaeologists’ discovery? What will the people of 3017 think of us? What’s your cyber legacy going to be?