Getting Inspiration from Music 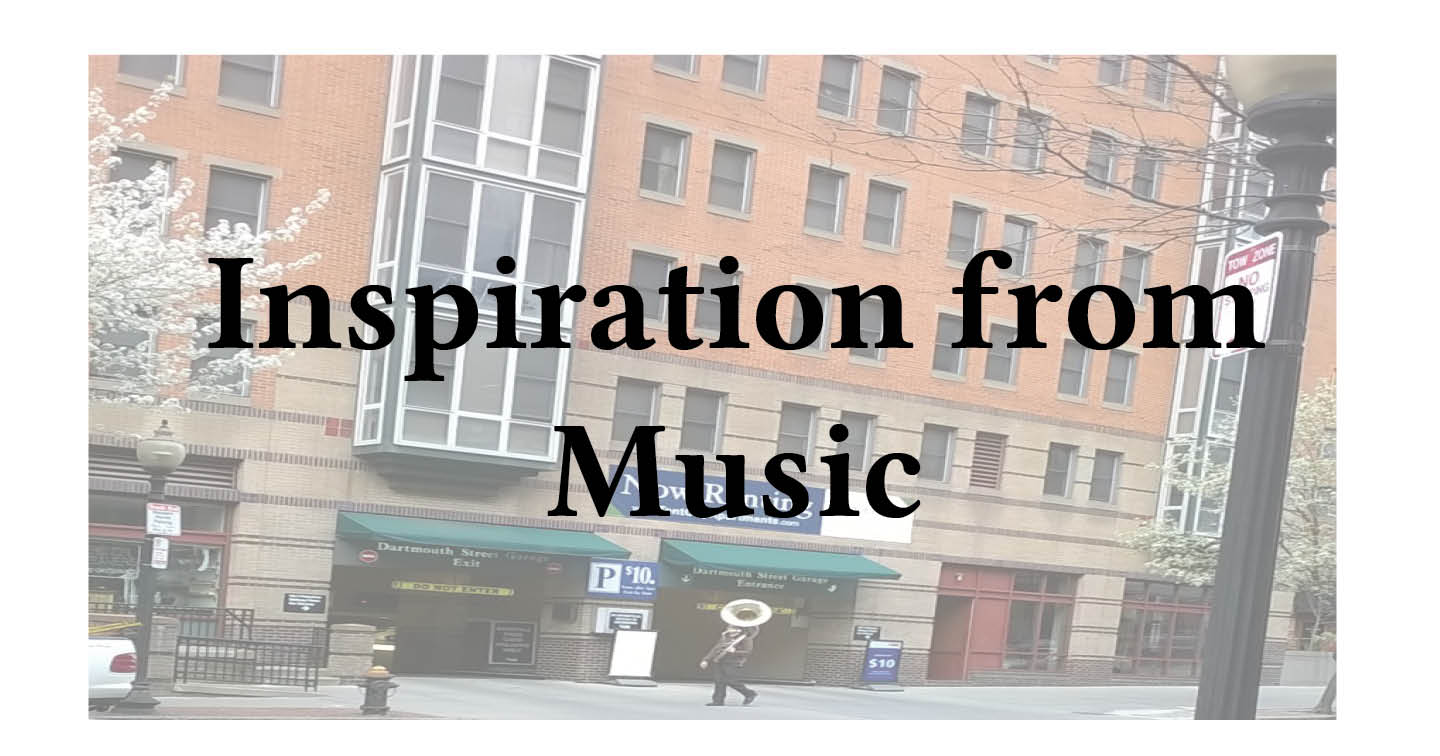 Categories:Inspiration
by Janet Gershen-Siegel |
on September 15, 2022

Is it possible to get inspiration from music?

Why, of course it is! And, in fact, it can sometimes be hard not to be inspired by the music in our lives. And we may even, consciously or not, try to emulate videos in what we write.

Music is a rather common pairing with writing. Some people cannot write without it. Others are inspired by it. Still others are haunted by it.

Sometimes, it’s the lyrics. For me, personally, I pay a lot of attention to lyrics. As a result, I have a lot of trouble listening to tunes while writing or even editing. I have to shut it off, as I am unable to concentrate.

But I do listen when I go outside or offline. For a fan fiction piece, I created a kind of bad girl character. However, she did not come to life until I listened to Amy Winehouse’s You Know I’m No Good.

It’s not just the words, though. And it isn’t just the video. The bass line did it, too. As a result, the character snapped into sharp focus. I could not stop listening to the song until I finished the piece.

The Sound of Music (The Von Trapp Family and Others)

For a genius character addled with ADHD, I wanted his mind to be going about a thousand miles an hour. The best way to do this was to listen to fast-moving songs. This one was a must.

The song itself is kind of silly. The words are somewhat nonsensical. But the beat is fast. It’s not rap, although speed rap could have worked as well. Either way, the sound was discordant. And that was the idea. With so much clanging going on his head, the character was simply incapable of concentrating.

When I was writing Untrustworthy, Pompeii by the group Bastille was in very heavy rotation on a local college station that my husband and I listen to a lot. That song embedded itself into my mind and it became the song for that book. To this day, I can’t hear this song without thinking of the book. And, for the most part, vice versa.

For those who need songs to write, playlists are a must. You can find several on YouTube by searching on writing playlist. However, that might not work for a lot of people. Writing is a personal thing, just like musical taste is. If I prefer disco, and you prefer country, we’re both right, so long as we keep writing.

One great thing about YouTube is the ability to create private playlists. If your inspirational music of choice is BTS or the Bee Gees or Britney Spears or Beethoven or The Beatles or Bobby Darin—then that’s fantastic! And no one need be the wiser.

If you need it, then by all means listen to tunes while writing or editing. If you don’t, then don’t. And don’t let anyone tell you their way is somehow better. It’s hard to find anything more subjective than this.