Categories:LinkedIn
by Janet Gershen-Siegel |
on July 8, 2021

You know that your network is important. Don’t you?

So you’ve decided to join LinkedIn. Or, maybe you were pushed into it. No matter.

And you’ve even posted your resume. That’s great! Now what? What do you do about your network? 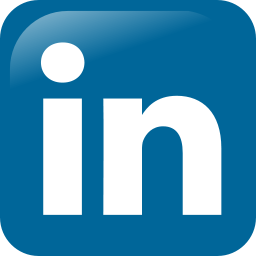 This is icon for social networking website. This is part of Open Icon Library’s webpage icon package. (Photo credit: Wikipedia)

You may have already received an invitation or two to connect. Or you may be starting to realize that having a resume out there isn’t enough. You’re right. You need to forge bonds with others.

So, who should you link to?

The short answer is: everyone.

The long answer is also: everyone.

A Network: Two Schools of Thought

Now, there are people who will disagree with me, and such is their prerogative. However, the truth is, when you’re looking for a job, you tend to need all the networking help you can get. Your dentist. And your former college roommate. Your brother-in-law.

You see, a traditional network goes beyond just former colleagues and classmates. It branches out and eventually begins to include people who are friends of friends. The same is true online.

Finding Connections Among People You Know

So one thing you can do is, open up your address book to LinkedIn and allow them to send a networking invitation to the people in it. Your present and former colleagues are probably either already on LinkedIn or are contemplating joining. Most will be receptive to your invitation. And as for your family, they will probably also be fairly receptive to linking.

Even if your cousin is geographically remote and in a very different industry from yours, that does not mean that the connection is a complete waste of time. As for the other names in your book (your babysitter, perhaps), use your own judgment. Personally, I think you should ask everyone. But I can see where someone might balk at asking everyone they’ve ever known to link to them.

And that’s all right, but you may have unnecessarily cut yourself off from potential opportunities. So, what’s next?

Beyond the people you know, there are not only the people they know, but also people who you want to link to but you don’t know them yet.

What? You don’t want to meet new people?

Then, with all due respect, why are you on a networking website to begin with?

I don’t mean to sound flip. But the concept behind networking is to, well, network. So that means you need to meet people you don’t know, and go outside your comfort zone a little bit.

But, you say, they’ll know my name and address. Your name, yes. As for your address – no, not unless you’ve got it in your online resume. And you shouldn’t have it there, although at least your general location can most likely be inferred, given where much of your network lives. Plus, people will figure out your general location from your employment history.

Yet to that I say, so what? Your address is on your mailbox, and in the telephone directory. It can be found in tax records and vote registration rolls.

It is not hard to find. And you are neither hiding it nor better preserving your identity or your privacy in any way by not opening yourself up to this kind of linking.

So, link. Indiscriminately? Not exactly. Avoid known spammers. And, if someone you’ve linked to turns out to be a spammer, drop and report them. You don’t need to be tarred by that.

What’s a LION? It’s a LinkedIn Open Networker. This used to signal to people that you were open to networking with anyone but a spammer. However, it’s become a kind of shorthand for spamming these days. This doesn’t mean you can’t open yourself to connections.

But the term LION has essentially become obsolete. Spammers really ruin it for everyone, eh?

Who else? Try connecting with people working at companies you’re targeting. And, if it’s a very large company, try narrowing your connection requests to just people in the departments, and/or with the job titles or descriptions, that you are directly targeting.

The Art of Asking for a Connection to Your Network

How do you ask for a connection? There is a ready-made note that LinkedIn pops up for you. It’s fine, but you should modify it. First, call the person by name! I don’t want to positively respond to a generic note – do you? So, call me by name! What else? Make sure you thank the person.

Anything else? One last thing – tell the person why you want to link with them. It can be brief, just one sentence is fine. You want to link to me because of my work at a particular company? Then say something like, I’m interested in linking to you because of your work at ___ company. Want to link to me because of a job I’ve had? Then write something like, I’d like to link to you because I’m looking to become a ___, which I see you’ve already done. Understandably, these notes are not too terribly exciting, but they are short and to the point and they get the job done.

Be aware that, if you are dinged enough times by people who say they don’t know you, you’re going to have a much harder time trying to link later. So, proactively go out to link with the following people:

Who should you allow to link to you? That’s easy – anyone but a known spammer.

Grow your network. Here’s an area where size really does matter. Quality matters, of course, but quantity is going to open a lot of doors as well. Like it or not, a large network makes a favorable impression. So go plant those seeds!